In my opinion there are three issues with HRC and not much she can do about it.

1. Having the Clinton name which ignites hatred of people from the right wing.

2. Hypocrisy of America which claims readiness and supporting a woman but in fact not ready for a female activist (feminist) like HRC. Many Americans are not ready to accept a woman as talented or better than a man...and sadly many are white Republican women.

3. Want to try something new after 8 years of Democratic administration under Obama.

I still feel bad and hurt from 2016 but I am honored to support HRC and because of her, I switched parties in 2008. I wrote a long letter to my family after the 2016 election and posted on the family FB to explain why I supported HRC. I sent the same letter to HRC but she was probably in pain or busy and did not reply many months later. She asked me to continue fighting for democracy.

Below is the original letter:

For many of us in the U.S., we probably have voted in every election since Ronald Reagan ran for President. Sometimes our preferred candidate failed, sometimes they succeeded but we always accepted the outcome and moved on. That’s how things usually go in politics. Leading up to this election cycle, after a period of soul searching and reflection, I made two important decisions, which I would like to share with you. The first one is after 30 years of membership, I have officially resigned from the Republican Party and the second is I voted for Hillary Clinton.

1) Why did I resign from the Republican Party?

Growing up and witnessing the brutality of the communists, especially the death of our dear brother at the hands of the communists in 1976, I bought into the belief in our family and common in the first generation Vietnamese refugees that the GOP is strong in defense and anti-communists. In recent years, when more Watergate and Nixon papers were released, and additional information became available, I came to the conclusion that the GOP, under Nixon and Kissinger, they effectively sold South Vietnam to China with the Paris Peace Accord. When the U.S. was able to “normalize” relationship with China, it effectively broke up the communist bloc, with China, the Soviet Union, and North Vietnam against each other. The U.S. had won the war against communism. The communist bloc started to collapse soon after that. There was no need to spend another bullet or one American life in Vietnam. In fact the quick collapse of South Vietnam in 1975 was in large part due to the U.S.’ desire to bring a quick end to the bloodshed. They began whispering and providing exit to the senior leadership, who was corrupt and incompetent. To honor our brother, I will never forgive Nixon or Kissinger for this tragedy.

Many people believe that Republicans are “good business” people. I beg to differ. The trickle down, supply-side economic policy of the Republican Party did not work. The rich became richer and in this process, they created an underclass of Americans. We all witnessed the 2008 collapse of the housing market. Millions of people lost all of their assets. Most companies and banks who had a hand in this collapse escaped without any penalty. That was wrong. It is also wrong when someone who works full time and still lives in poverty. America has always relied on a large and strong middle class. You may do well but you won’t be safe and happy until the people around you are helped or taken care of by the society. Thao and I are doing well, and so many of you, but what about other people who struggle everyday? As I get older, I feel a sense of personal obligation to give back, to contribute to the less fortunate, to pay it forward for the next generation. For that reason I found the GOP’s economic policy to be incompatible with my set of values and beliefs.

Thảo and I will likely need Obamacare since we will retire before we are qualified for MediCare. 20 million people who did not have coverage now rely on Obamacare. It isn’t perfect, but the GOP has been fighting it for nearly 6 years without offering a single enhancement. They voted more than 50 times to repeal it. To provide access to basic health care should be a no brainer for such a wealthy and modern country. But I found the Republicans’ continued playing politics with people’s health simply to satisfy their base totally is unfair, unethical and unacceptable.

Conservatives frequently talk about American Exceptionalism, law-and-order, etc., but they conveniently overlook the fact that as a society, we have many double standards. They demand more out of a woman than a man, and they pay women less. When Clinton delivered a message with a serious or stern look, some people called her bitchy, but the same criticism does not apply to men. When men do that, they equate that to being “firm,” “resolute.” America is a great power and an advanced society but it is still backward in many ways. They obstructed Obama at every step of the way, openly questioning his legitimacy as president. When Michelle Obama wore a sleeveless top, they criticized her for lack of class. Have you seen naked pictures of Melania Trump? No conservative complains about this. Could this be because Obama is black? Conservatives also held Clinton to be liable for her husband’s performance and behavior as president, but they never raised a question about Melania’s past.

2) Why did I support Clinton?

I have never engaged much in the political process other than the casual discussions or debates around election cycles. But I decided to be more active in this cycle primarily due to the fact that a man with no experience in government at any level was applying for the highest job in the land. Frankly, I was very concerned with his personal attributes. I thought that I was being unfair to Trump, so I decided to conduct extensive research on both nominees. Now that the election is over and the country has made a choice, needless to say, I was devastated with the outcome and I wanted to take a moment to share my thoughts with you.

She was the most qualified candidate to ever run for the presidency in recent memory, based on actual experiences in legal, legislative and executive branches. Without a doubt, she was also a flawed candidate. She made mistakes that she could have avoided and at times she danced around her explanations. She has a long record of public service as a politician and all politicians lie at times. The biggest liability that Clinton couldn’t control was that she had to answer for her husband’s political decisions and behavior while he was president. She was very protective of her family and was a strong feminist and that irritated some old fashioned and conservative people. The conservatives embarked on a mission to discredit her for many years with conspiracy theories. There have been multiple special counsel and congressional investigations and none of them turned up any wrong doing on her part. But these long-running investigations created an image that she is a criminal. I truly believed her flaws were overblown and people overlooked that she had spent her life working for the betterment of women and children. I voted for Clinton after I read her policy proposals for the issues that we are facing. From social, economic, climate change, national security and foreign affairs. I didn’t agree with all of them, but for the most part, she demonstrated to me of her deep commitments, her seriousness, her dedication, her steadiness, and preparation to be the commander in chief.

It was a stark contrast with Clinton. Donald Trump was a candidate who never held any public office or served the public at any level or in any capacity. In addition, Trump’s public records and recent display of behaviors during the campaign demonstrated that he lacks basic core values. In his own words, Trump explained on how he sexually assaulted women (“grab them by the pussy,” “I wanted to f... her but she’s married,” etc.), and considered them as just sex objects. I don’t have daughters, but thinking of my wife, my sisters and nieces, I found him to be so offensive. His messages were deliberately calibrated to appeal to the people who hold values that our parents didn’t want us to have: bullies, racists, sexists, etc. He openly advocated violence at his political rallies like “I would like to punch him the face … throw him out.” He disrespected Senator McCain, a hero. He chastised the parents of a Muslim captain who gave his life for his comrades. He disrespected minorities, and people of different religions such as Islam. The KKK, white supremacist groups have been operating in hiding for many years. With Trump’s candidacy, he emboldened them to come out. As a thin-skinned guy, he was easily provoked by the slightest criticism. At a policy level, I could not find any in-depth proposals. He provided no concrete ideas other than “I am going to bring jobs back … we are gonna win so much …you will be tired of winning… we are going to bomb the shit out of them …” For these reasons and many others, I would never be able to consider voting for Trump.

The future is uncertain, but our family has been fortunate that we won’t be affected as much under a Donald Trump’s administration. But I am concerned about the next generation and the ones after that, our children and their children.

As immigrants who were given the special opportunity to settle and make a new life in this country, we cherish the facts that immigrants and minorities can make many positive impacts for the U.S. I believe that we should treat people the way we want to be treated. And we should give others a helping hand when they need help, like the people who generously helped us out when we arrived in the US with nothing. We were brought up in a family with high moral value that respects equality and diverse opinions, not based on gender or family position. These are our core values we cherish and expect to judge the country’s leader with the same standards.

I should have written this well before the election but I was complacent and confident just as Hillary and her supporters were. I hope that as a family, we can communicate honestly and openly, and we may disagree. Please do not take this letter as a form of criticism or complaint. I simply wanted to explain my position, share with you the journey that I took to get here. I would love to hear your perspective and all comments will be respected./. 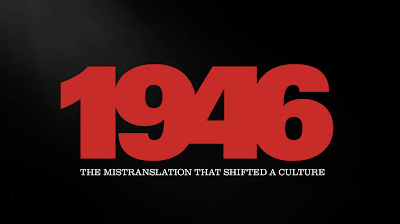